Most of Cossall has some traffic problems including noise. Particularly, tight bends with speeding and overweight lorries are a problem. Also, the illegal off-road bikers on the footpaths and on the hill that used to be the ski slope are dangerous and disturbing to those living or walking nearby.

Illegal and anti-social off-road and on-road motorcycle activity is a source of constant complaint from communities and individual residents in our part of Broxtowe Borough. It degrades the quality of life due to the danger, nuisance and anti-social nature of the activity. A small noisy minority significantly impact on the silent majority!

Vehicle nuisance incidents increased by almost 30% between 2014 and 2016. While the peak season appears to be from March to August activity is all year round.

Sunday is overwhelmingly the most common day for reports of vehicle nuisance followed by Saturday. More than 60% of all incidents occurred between 1pm and 6pm with 3pm being the peak hour. Maybe you’ve heard them!

So what can we do?

An initiative which started off in Awsworth Parish in response to off-road bikers continuing to cause problems on land near Bennerley Viaduct and also in the wider parish was extended to include Cossall Parish. Here there are problems at the former Cossall ski-slope site and other locations. This initiative has also been joined by Trowell Parish. All 3 Parishes experience similar issues of noise and anti-social behaviour from those who use motorcycles and quad bikes off-road on private land but also on local roads and public rights of way within their wider parish areas.

The 3 Parish Councils, which together form the Awsworth, Cossall & Trowell Wards (ACT), within Broxtowe Borough, held a partnership meeting in July 2019. In addition to representatives from the Parish Councils, Nottinghamshire Police, Broxtowe Borough Council and Friends of Bennerley Viaduct also attended, to help identify local issues, discuss possible solutions and decide how best to move forward.

The group agreed to formally request that Nottinghamshire Police implement Operation Jericho across the ACT area. This makes use of an order which provides wide-ranging powers that the police can use to tackle illegal and anti-social off-road and on-road motorcycle activity. The aim is to deter, prevent and reduce anti-social behaviour caused by the illegal use of off-road bikes, quads and other off-road vehicles on private or public land. It has been used successfully elsewhere in Nottinghamshire.

The 3 Parishes are mapping the ‘hot spots’ within their own areas which will be used to target where action might be taken. It is intended that this should involve the Nottinghamshire Police Off-road Bike Team in planned days of action. An important part of this initiative is communication with the local community by reporting action taken and advising the residents how they can help.

The police have informed us that it is a great help to them if the public report incidents to the police using the free 101 number and obtain an incident number. This will help the police to tackle the problem. 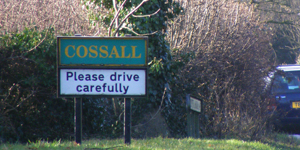 The main special initiatives the council are working on at the moment include the Cossall Neighbourhood Plan and combating illegal off-road bikers and other traffic-related issues.

In addition, we wish to digitise the old council minutes which date back to the start of the parish council in 1894 and we are looking for ideas to help us to try to prevent loneliness in the parish.

END_OF_DOCUMENT_TOKEN_TO_BE_REPLACED

A Parish Council is a civil local authority, first tier of Local Government responsible for areas known as Civil Parishes. On our website we provide details of our councillors, dates of meetings and copies of the minutes and finance information.

END_OF_DOCUMENT_TOKEN_TO_BE_REPLACED

3rd Tuesday in the month at 7.30pm
No meetings in August and December